Can we increase efficiency of CT lung cancer screening by combining with CVD and COPD screening? Results of an early economic evaluation.

Objectives Estimating the maximum acceptable cost (MAC) per screened individual for low-dose computed tomography (LDCT) lung cancer (LC) screening, and determining the effect of additionally screening for chronic obstructive pulmonary disease (COPD), cardiovascular disease (CVD), or both on the MAC. Methods A model-based early health technology assessment (HTA) was conducted to estimate whether a new intervention could be cost-effective by calculating the MAC at a willingness-to-pay (WTP) of €20k/quality-adjusted life-year (QALY) and €80k/QALY, for a population of current and former smokers, aged 50–75 years in The Netherlands. The MAC was estimated based on incremental QALYs gained from a stage shift assuming screened individuals are detected in earlier disease stages. Data were obtained from literature and publicly available statistics and validated with experts. Results The MAC per individual for implementing LC screening at a WTP of €20k/QALY was €113. If COPD, CVD, or both were included in screening, the MAC increased to €230, €895, or €971 respectively. Scenario analyses assessed whether screening-specific disease high-risk populations would improve cost-effectiveness, showing that high-risk CVD populations were more likely to improve economic viability compared to COPD. Conclusions The economic viability of combined screening is substantially larger than for LC screening alone, primarily due to benefits from CVD screening, and is dependent on the target screening population, which is key to optimise the screening program. The total cost of breast and cervical cancer screening is lower (€420) than the MAC of Big-3, indicating that Big-3 screening may be acceptable from a health economic perspective. 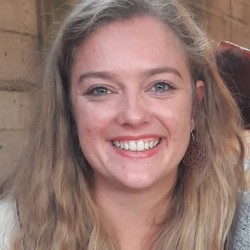