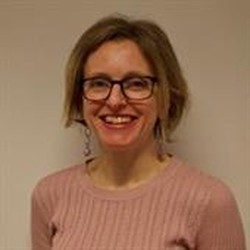 After achieving the MSc in Pharmaceutical Technologies and the pharmacist registration at the University of Milan (Italy), I moved to the Netherlands and in 2010 I received a PhD in Molecular Pharmacology at the University of Groningen. After that, I worked at the Department of Clinical Pharmacology as a post-doc and project manager for the European funded FP7 Program Siskyd, aimed at identifying novel markers for the prediction, diagnosis and treatment of chronic kidney disease. From 2013 to 2016 I worked as a post-doc at the Institute of Diabetes and Regeneration at the Helmholtz Zentrum München (Germany) to find pharmacological strategies for the regeneration of pancreatic cells in diabetes. In 2016 I became project manager in a CRO, where I actively participated in the preclinical and clinical evaluation of new medicinal drugs for small and medium-sized pharma companies. Since 2019 I have joined the UMCG, working as scientific project manager for the Research BV and the Department of Transplantation Surgery, helping scientists and doctors find financial support for their ideas to eventually bring them in the research and clinical practice.