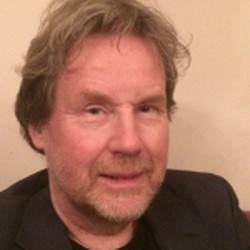 Raymond Veldhuis received his engineer degree in Electrical Engineering in 1981 from the University of Twente, The Netherlands. From 1982 until 1992 he worked as a researcher at Philips Research Laboratories in Eindhoven in various areas of digital signal processing, such as audio and video signal restoration and audio source coding. In 1988 he received the PhD degree from Nijmegen University on a thesis entitled Adaptive Restoration of Lost Samples in Discrete-Time Signals and Digital Images. From 1992 until 2001 he worked at the IPO (Institute of Perception Research) Eindhoven in speech signal processing and speech synthesis. From 1998 until 2001 he was programme manager of the Spoken Language Interfaces research programme. He is now a full professor at Twente University, working in the field biometric pattern recogntion and leading a research team in this area, involved in national and international projects. Raymond Veldhuis has published over 180 papers in international conferences and journals and has 20 patents in the field of sound, image and speech processing. He is also co-author of the book An Introduction to Source Coding, Prentice Hall, and author of the book Restoration of Lost Samples in Digital Signals, Prentice Hall. His expertise involves digital signal processing for audio, images and speech; statistical pattern recognition and biometrics.